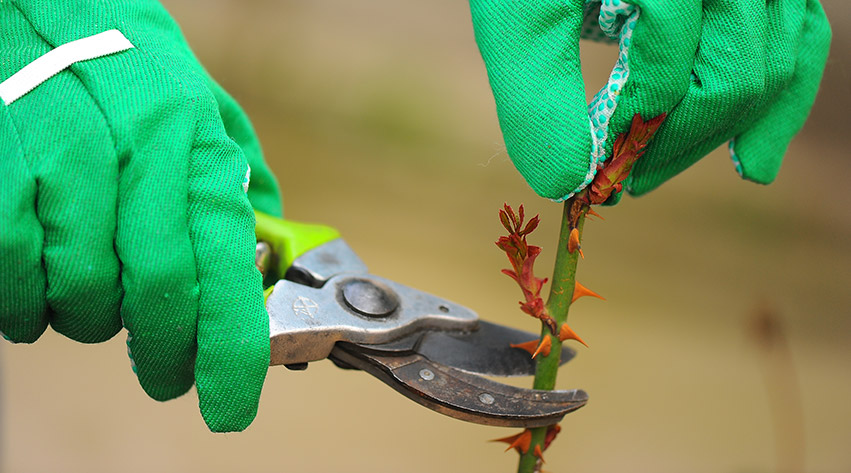 How to prune roses

There are over 100 species and thousands of cultivars of roses, but one thing they all have in common is the need for a bit of light pruning now and again. Simple pruning helps to promote vigorous growth and ensures plenty of colourful flowers. Pruning roses can be moderately difficult, especially if you’re dealing with an unknown species or particular cultivar, but these general tips will help you improve the lifespan and health of any roses in your garden. We’ve included a few more specific tips relating to popular species below too.

Bush roses
In February/March before new growth appears, cut out dead, damaged, weak and crossing stems. Prune the branches left to approximately 1/3 of the original size.

Patio roses
No pruning is necessary, apart from the removal of any damaged or weak steams. If required, they can be trimmed to shape in February/March.

County roses
No pruning is necessary, apart from the removal of any damaged or weak steams. If required, they can be trimmed to shape in February/March using shears or a hedge trimmer.

Climbers
Remove any old or very weak growth and trim to shape. Train existing stems horizontally into the framework as these will produce more lateral shoots which go onto produce flower.

Remember! – whatever kind of Roses you prune, be sure to feed them with a general purpose or Rose fertiliser in spring and mulch with garden compost or manure.