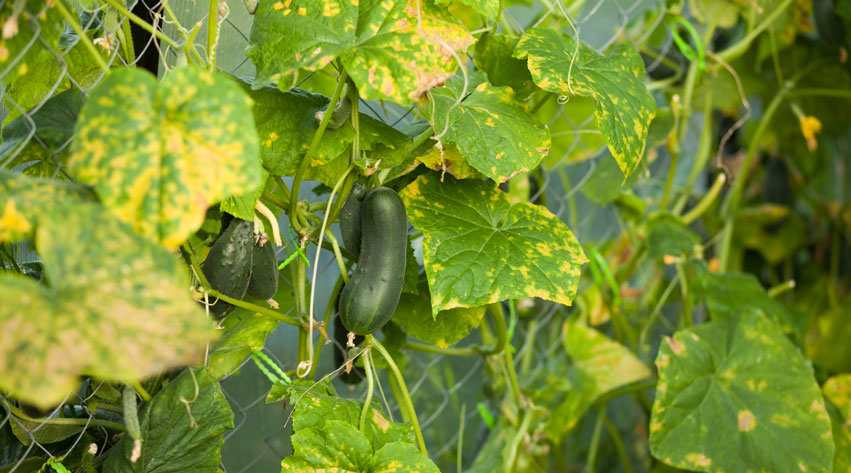 Various bacteria
Plant diseases caused by bacteria can be extremely damaging. Luckily, there are few that are commonly seen in the UK. They produce a range of different symptoms.

What are bacterial diseases?

Bacterial diseases are caused by parasitic bacteria that attack plant cells. They can cause a wide range of different symptoms, depending on the type of bacteria involved and the plant and plant part(s) infected and affected.

These are the most common and most serious bacterial diseases that affect garden plants.

Attacks: Prunus, species, especially cherries and plums, but also apricots, peaches and ornamental varieties.
Symptoms: Sunken areas of dead, sunken bark and cankers, often accompanied by an amber, gummy ooze. Affected branches die rapidly if the infection spreads all round the branch. Small brown spots appear in the leaf, which later fall out to leave holes, looking like the leaf has been hit by shotgun pellets, hence the common name of shothole. The disease can be fatal, killing even large trees.

Attacks: Mainly Clematis species.
Symptoms: Affected stems wilt, die back and produce a foul-smelling exudate. The disease can be fatal. It shouldn’t be confused with clematis wilt.

Attacks: Cotoneaster, Crataegus, Photinia, Pyracantha, Sorbus, apples, pears.
Symptoms: Leaves turn a dark brown colour and may drop. Cankers (areas of dead, sunken bark) appear on branches, and the wood is stained a brown colour when the bark is peeled back. Blossom wilts and dies after flowering. Fruits become discoloured and wrinkled A slimy white liquid may exude from infections in wet weather. Fireblight is now relatively unimportant in gardens, but epidemics still occur depending on the weather.

Attacks: Horse chestnuts (Aesculus hippocastanum and A. carnea).
Symptoms: Bark infection producing cankers that bleed a dark, sticky fluid. Dead bark falls away on older cankers, exposing the wood. Rapidly spreading infections cause branches to die and even death of part or all of the tree. Horse chestnut bleeding canker is also caused by some species of Phytophthora.

Attacks: Many plants.
Symptoms: Knobbly, swollen galls on stems, branches and roots. Plant growth may be adversely affected, but often there is little apparent damage and infections go unnoticed.

Attacks: Rhubarb.
Symptoms: Plants don’t thrive, fail to grow well and rot away at the crown. It can spread to stems and foliage causing total dieback.

What are bacterial diseases caused by?

Bacteria are microscopic life forms that are present just about everywhere on earth. Many are totally harmless and innocuous and some are vital for plant growth – being involved with the breakdown and recycling of organic materials in the soil to simpler forms that plants can absorb and in nutrient cycles, such as the nitrogen cycle, fixing nitrogen from the atmosphere.

Some bacteria live in symbiotic relationships with plants – essential for the plant to grow – and some are parasitic on plants. It is this last group that cause plant diseases. Luckily, most of these aren’t common in the UK, thanks to our cool climate.

How to control bacterial diseases
Try to keep plants growing as strongly as possible, as this may help them fend off bacterial attacks. However, this is unlikely to control virulent diseases.

Once infected, there is nothing you can do to control these diseases. As infected plants are a source of infection for otherwise healthy ones, digging them up and destroying them should be considered as a means of stopping the disease spreading.

Plants affected with bacterial canker, clematis slime flux and fireblight may be saved by completely pruning out affected stems and branches. Cut out all affected growth, pruning back to healthy wood at least a few inches below the diseased growth.

Prunus affected by bacterial canker must be pruned when in active growth – from May to August – when they are most resistant to attack. July to August is also the best time to prune to minimise the risk of infection by silver leaf disease.

Clematis affected with clematis slime flux may produce new growth from the roots.
Don’t attempt to propagate any plant with a bacterial infection.

Wash hands and disinfect tools after handling infected plants – or those suspected to be infected.

Unfortunately, there are no chemicals available to home gardeners to control bacterial diseases.

Wherever possible, check plants for symptoms of bacterial diseases when buying plants and try to buy bacteria-free plants.

Some cherry and plum varieties have some resistance to bacterial canker disease. These include cherries ‘Merla’, ‘Merpet’ ‘Merton Glory’ and ‘Merton Premier’, and plums ‘Marjorie’s Seedling’ and ‘Warwickshire Drooper’.