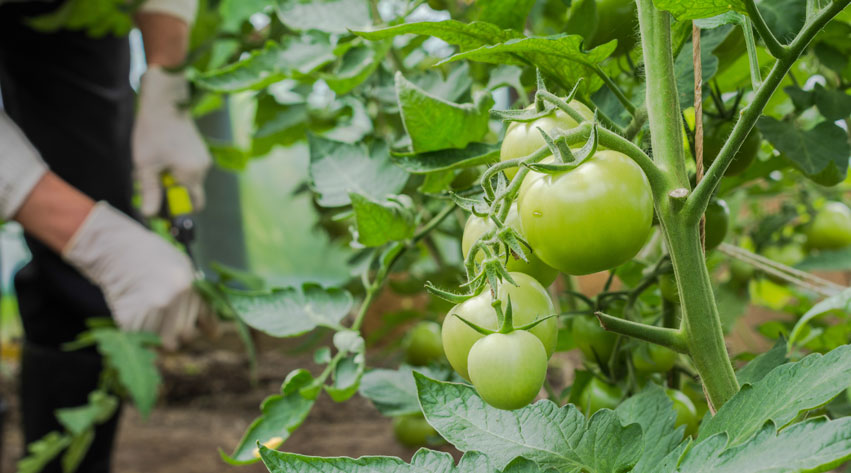 Trees, shrubs and climbing plants that are grafted onto a rootstock often produce shoots from the rootstock – known as suckers. These should be removed.

Many ornamental trees, shrubs, roses and climbing plants and most fruit trees are grafted or budded onto a rootstock of a compatible species. This is done for plants that are difficult to propagate from cuttings, where the rootstock is needed to control the rate of their growth or it imparts disease resistance.

Sometimes shoots appear from below ground level from the rootstock – which are known as suckers. Being shoots of the rootstock species, rather than the cultivated variety (scion), there is no advantage in keeping them and they should be removed. If left in place they can weaken the plant, completely take over, and may soon become a forest of suckers that take over areas of the garden.

Some plants are more prone to suckering than others, including lilac, false acacia (Robinia), Prunus species (cherries, plums etc), roses and sumach (Rhus).

There are several possible reasons why plants start suckering. These include poor formation of the graft union during the propagation stage, stress at the roots – especially from waterlogging, drought, wind damage (wind rock), cold temperatures and frost, pests and diseases among others – or physical damage to the graft union or rootstock.

Shoots appearing on the stems of standard roses and top-grafted trees are also from the grafted species, rather than the cultivated variety. These should also be removed – ideally when they are still small and can be rubbed off with a gloved hand.

How to prevent suckers

When buying grafted plants, check the graft union carefully, and make sure there are no suckers already growing from the rootstock.

Avoid physical damage to the graft union, especially during planting, when weeding and hoeing or using lawnmowers, trimmers and other tools.

When mulching the soil, keep the mulch well away from the base of the plant.

If suckers do appear, remove them as close as possible to the point of origin on the rootstock, as soon as you see them. Don’t cut them or prune them off as this will inevitably leave behind dormant buds that will then grow into even more suckers. Instead, carefully scrape away the soil to reveal where the sucker originates. Then give it a good tug to tear it away; this should also remove the dormant buds.

In lawns, the easiest way is to cut and peel away the turf to reveal the underlying roots and suckers.

If tearing away the sucker(s) isn’t possible, then cut through the root to isolate the sucker(s) and treat it (them) with a weedkiller based on glyphosate, particularly a tree stump killer. Just be aware that cutting through several large roots could affect the health or stability of the plant.

Where there are too many suckers to treat, you may have to consider cutting down and removing the whole plant, and then treating the freshly cut stump with a tree stump killer.