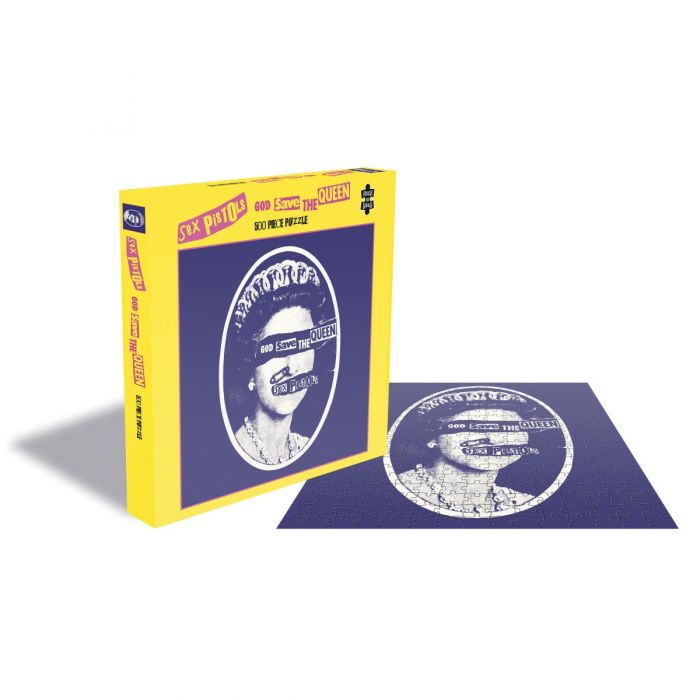 £17.99
Privilege Price ?
Add Privilege Club membership at checkout for just £12 and enjoy Privilege Club prices and benefits today and for a whole year. X
£16.19
Description
“God Save The Queen” is the second single by British punk rock band the Sex Pistols. Released in 1977, the year of the Silver Jubilee of Queen Elizabeth II, the song reached number 2 on the official UK Singles Chart, although reportedly being the UK’s biggest selling single at the time.  The single’s iconic cover art, designed by Jamie Reid, was ranked #1 in a list of the 100 greatest record covers of all time by Q Magazine.  The artwork is now available as a 500 piece jigsaw puzzle printed on high quality board.
Product Details

Returns : We want you to be confident about every order you place with us so you are able to return all products* to us if you are unhappy for any reason. Just ensure the product is unused and return with proof of purchase in its original packaging within 30 days of purchase.