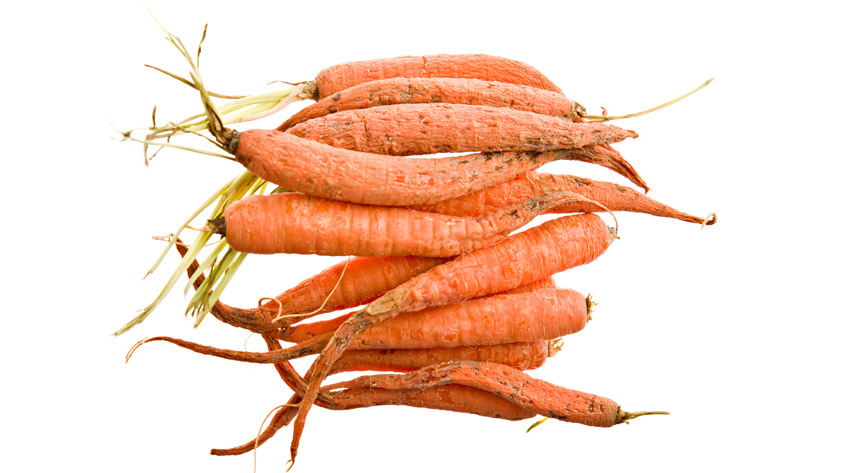 Carrot fly is the most serious problem of carrots and some other crops. The maggots tunnel through the roots, making much of the roots inedible.

What is carrot fly?

The adult carrot flies are small black flies with a yellow head.

Female adult carrot flies lay eggs on or near carrots and other host plants in late May and June and in August to September.

The larvae look like typical maggots – creamy or creamy-yellow, legless, headless and up to 9mm (1/3in) long.

There are up to three generations per year, between late spring and autumn.

The initial feeding of the maggots causes external scars that ring the roots. But they soon tunnel into the roots themselves. Extensive tunnelling makes the roots inedible and also causes damage that is then susceptible to rotting organisms.

Young seedlings and plants may wilt.

Affected roots will not store and have to be used straight away.

How to control carrot fly

It may be difficult to know if carrot fly has attacked your carrots until the crop is lifted. But check carrot and other susceptible plants regularly, looking for signs of wilting and the bronzy foliage.

Lightly cultivating the soil after lifting the crop may kill any maggots or pupae in the soil or expose them to foraging birds and other animals.

Don’t grow carrots or parsnips in the same soil year after year. Grow something else in that place for at least one year.

Don’t leave carrots or parsnips in the soil over winter, as this may help to prevent later generation from hatching.

Resolva Bug Killer is the only insecticide approved for home gardeners to use to control carrot fly.

Prevention is always better than control with carrot fly.

Sow seeds thinly to avoid having to thin out the seedlings. The female carrot fly is attracted to the plants by the smell released when plants are crushed or bruised.

Totally covering plants with insect-proof, fine-mesh netting or horticultural fleece, and growing the plants under it, provides a physical barrier to prevent the female flies getting to the plants to lay their eggs. It is important that the crop is grown in soil not used for carrots, celery or parsnips the previous year, as pupae may be in the soil.

There are several carrot fly-resistant varieties, although they tend to be less susceptible, rather than totally resistant.