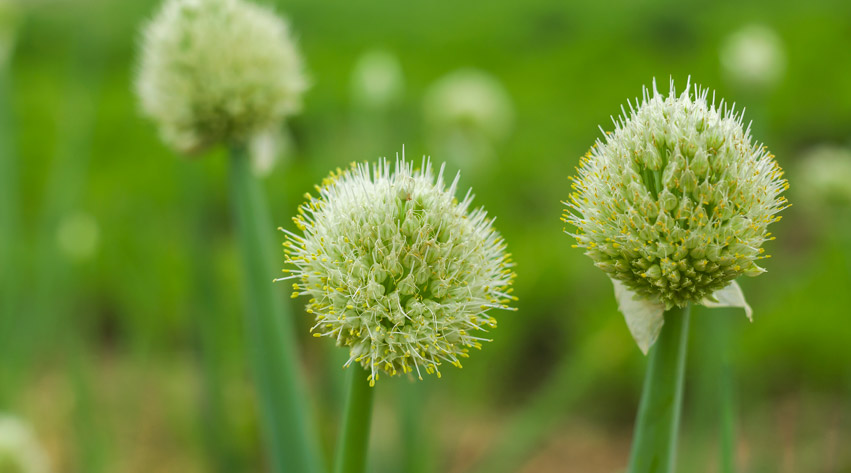 It’s so frustrating, having grown your vegetables perfectly for months, for them to bolt – or go to seed prematurely – before they’re ready to harvest, and may be unusable.

What is vegetable bolting?

Bolting is the term given to plants – but mostly vegetables – that flower and run to seed prematurely, before they’re ready to harvest. As the plant puts all its energy into the flowers and subsequent seed production, diverting it away from the parts you normally harvest, the crop is usually ruined or the quality, taste and yield are significantly reduced.

Bolting is brought on by sudden changes in temperature – both cold and hot – and widely fluctuating temperatures, plus changes of day length. It is also brought on when plants are under stress. Although the signs are only seen on crops that are approaching maturity, and ready to harvest, it is usually initiated in the plant much earlier.

Annual crops, such as lettuce, radish and spinach are long-day plants – they initiate flowers when the day length increases. It is natural for them to flower and run to seed as summer progresses, but this happens prematurely when the plants are stressed.

Biennial crops (which grow in the first year and then normally flower in the second) – including beetroot, carrots, leeks and onion – go to seed in their first year due to incorrect growing conditions, often brought on by a prolonged cold spell, cold nights, hot days, widely fluctuating temperatures and late frosts.

You can usually still harvest and eat crops that have bolted, but the flavour may not be as good as you would normally expect or it may be tougher and more stringy. In some, such as lettuces and spinach, the flavour may take on a slightly bitter taste. Root crops, such as onions, carrots and beetroot, won’t store very well, so use them straight away rather than storing them.

How to prevent vegetable bolting

Grow your vegetables as strongly as possible, making sure to pay attention to their growing needs and the conditions, and reduce or eliminate anything that can induce stress.

Sow seeds at the optimum time under optimum conditions. Sowing outdoors the seeds of plants that are particularly cold sensitive – especially celeriac, endive and Florence fennel – should be delayed until temperatures are more suitable. Soil temperature is important, and most crops sown directly outside in early spring won’t germinate until the soil temperature is around 7C (45F). Warm the soil in late winter/spring by covering it with sheets of clear polythene or cloches.

Get an early start on sowing under more favourable conditions by sowing seeds indoors in cell trays or modules with warmth. Grow on the plants under ideal conditions of good light and warmth (ideally around 10C) and plant them out into their cropping positions after hardening off for 10-14 days. Young plants may need covering with cloches until they’re established if temperatures remain low.

Crops that are particularly susceptible to bolting and that hate root disturbance – especially beetroot, celeriac, kohl rabi and onions – are best sown in cell trays, sowing one or two seeds per module; remove the weaker seedling if both seeds germinate. This prevents root disturbance and is a much better way of getting plants off to an early start than using seed trays, where the seedlings then have to be pricked out, causing root disturbance and damage.

If sudden cold snaps or strong winds are forecast while crops are growing, cover plants with horticultural fleece.

Keep plants growing strongly by ensuring they never go short of water. Keep the soil or compost evenly moist, without cycles of drying out and then flooding.

Apply a dressing of a good general granular fertiliser to the soil before sowing or planting out, and give liquid feeds during the summer if it looks like plants need a top-up of nutrients.

Some bolt-resistant vegetable varieties are available, including beetroot ‘Boltardy’ and Florence fennel ‘Amigo’, ‘Pronto’ and ‘Victorio’.